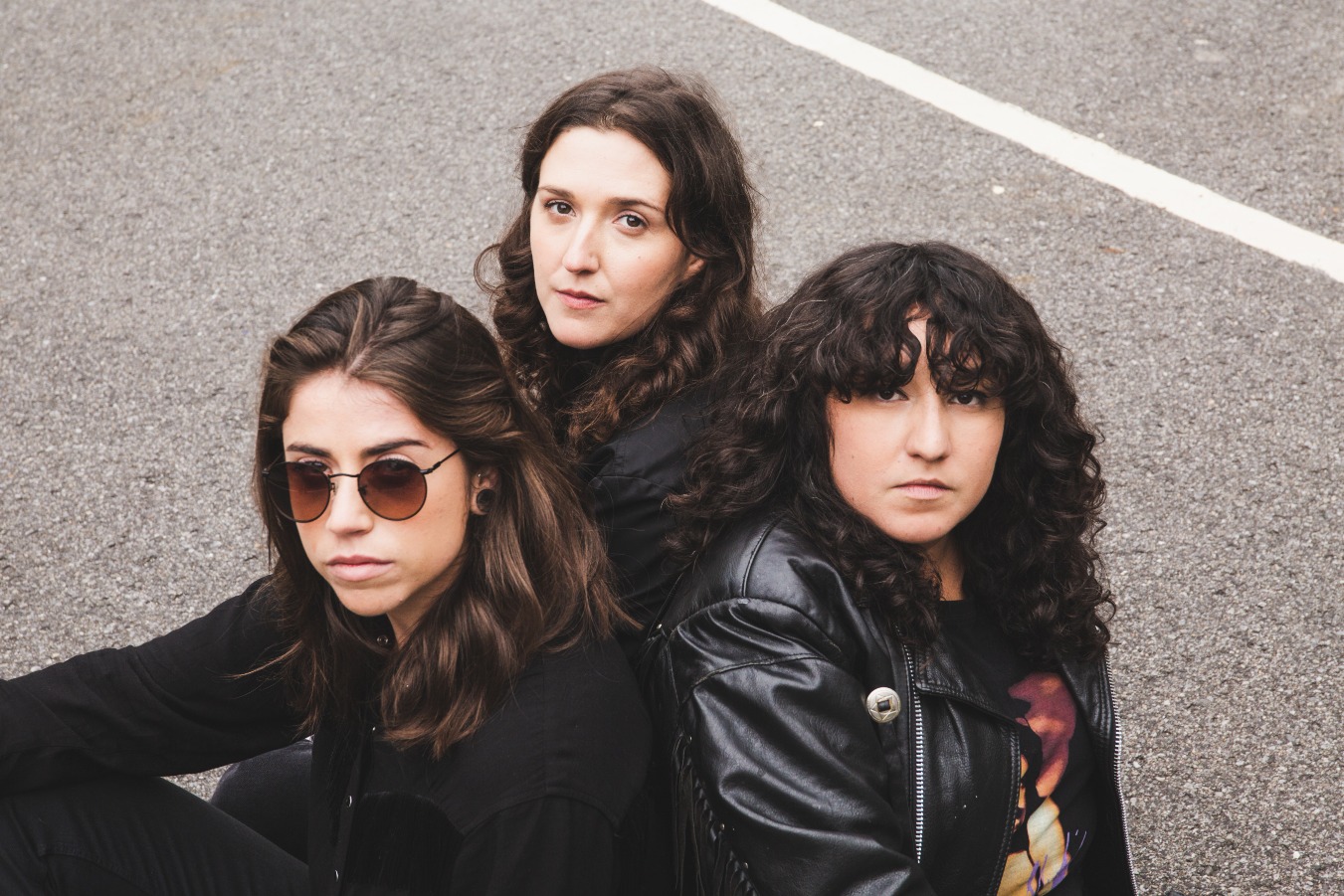 Right off the bat, you may wonder what is a Shirley. A Shirley is a ride or die, a way of life. Raphaëlle Chouinard (Vocals; Guitar), Sarah Dion (Bass), and Lisandre Bourdages (Drums) had too much whisky one night and accidentally unleashed the beast within them to become Les Shirley; a kickass rock power trio.

Drenched in early 2000’s pop culture, their sound is shaped by their punk rock teenage years and the women they became today, karaokeing their nights away to pop anthems. A symphony of raw power chords, raging riffs and wild vocal melodies that is never getting out of your head. From Blink-182 to Céline Dion, their influences are vast and it shows in the craftsmanship of their songs. Formed in early 2018, Les Shirley rapidly made their way into Montreal’s music scene. Their debut EP, released in March 2019, brought them three nominations at GAMIQ and, the band brought home the trophies for Best New Artist and Rock EP Of The Year. Local radio station CHOM picked up their singles and have been spinning them heavily ever since. The girls toured Quebec on many occasions and have shared the stage with acts such as The Beaches, Anti Queens, and Ten Foot Poles. In March 2020, they took part in the first all-female bill for CHOM’s Rock Room.

Forever Is Now, their debut album, came out on march 19th 2021. It is pure energy; a craving to live fully in the present (especially in times like these) and it’s a feeling that builds up from song to song. It’s a collection of sounds that takes roots in dirty punk rock as well as old rock ballads and melodic pop anthems. The band created a fresh new sound while embracing their influences past and present.

Since Forever Is Now’s release, Les Shirley have been touring a lot and were added to the bill of numerous festivals in 2021 (Osheaga, Le Festif!, Festival de la Poutine, etc). The band was also selected by ADISQ for their project ‘Écoute Mon Album’ which features 80 Quebecois albums that were released in 2021. The show is going to be aired in February 2022 on TVA and Radio-Canada national networks.

Back to roster
hôte