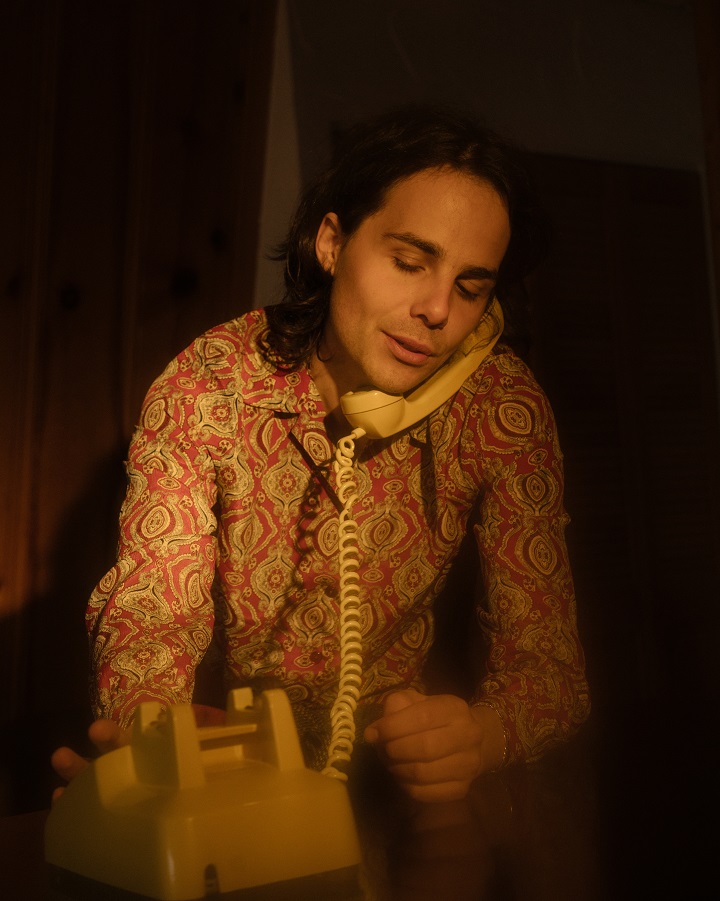 Valence is singer-songwriter Vincent Dufour’s excuse to celebrate the mess of his twenties. It is an amalgam of daydreams and brightly colored nostalgia.

Originally from Quebec City, it’s in his apartment in the Saint-Sauveur district that he writes and composes intimate and vigorously immersive songs bedroom-pop style. Vincent recounts his love stories, his doubts and desires, as he questions himself in the recurrent “you” form throughout his texts. He sometimes borrows from the ethereal aesthetic of dream pop, and other times from dense neo-psychedelia to build rich and modern arrangements.

His career began in 2019 with the release of “Cristobal Cartel”, a five track EP offering a “carefully crafted and singular pop composition with a touch of retro kitsch in pastel colors, supporting a beautifully vaporous and nonchalant voice” (ICI Musique). Less than a year after this first taste, Valence is named amongst the “ten authors to watch out for in 2020” by Marie-Louise Arsenault on Plus on est de fous, plus on lit!.  Numerous concerts followed, notably performing a sold-out opening act for Choses Sauvages at Club Soda in Montreal and headlining at the OFF Festival in Quebec City. Valence released the single Pruneau in 2020, and then went on to sweep the Francouvertes competition racking up some 25 prizes. The Valence story officially took off.

Announced on the Chivi Chivi record label, Valence is back in 2021 with his very first album, “Pêle-Mêle”, an assortment of Vincent Dufour’s best written pieces and compositions. While the music is tinted with a cheerful 70s flair along with dreamy tunes and replete instrumentation, his lyrics are well anchored in their time and speak on love, vulnerability, and emancipation, seen through both a personal and universal lens. As you savor the eleven vibrant tracks that make up this record, you cannot help but dance, sing, and replay them over and over again.

On stage, Valence is assisted by six musicians for one captivating experience (guitars, drums, bass, synths, saxophone, transverse flutes, percussions, pedal steel guitar and choirs), inviting the audience to plunge into the sweetness, madness and reveries of the artist, like an uninhibited hymn to human passions.

Back to roster
sterling grove